By Justin Dillon, Lucy Avraamidou20 May 2021 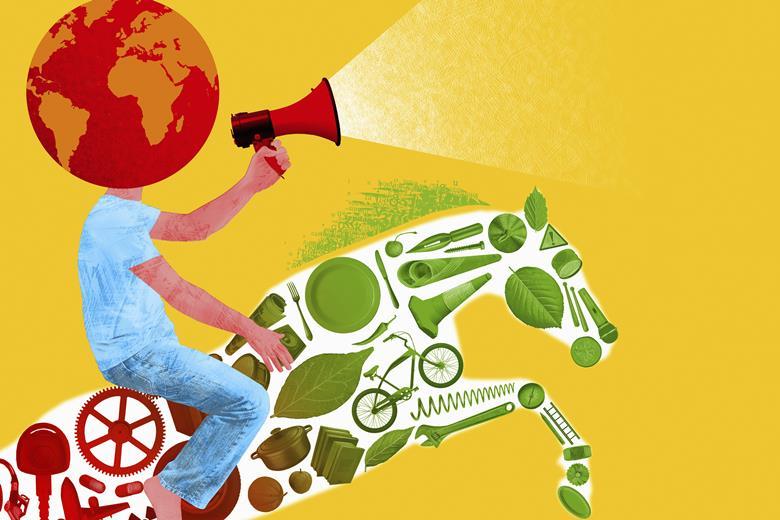 Unless we reconsider what it means to be scientifically and environmentally literate, science education will continue to fail our current students and future governments

Science education has failed. This might seem an extreme argument at a time when scientists have developed vaccines for Covid-19 remarkably quickly. However, the vast majority of the public have not had an education in science that has adequately prepared them for the pandemic or to engage with the far more threatening issue of climate change.

Substantial numbers of people around the world refuse to be vaccinated and we have even witnessed governments paying for advertisements telling us how to wash our hands correctly. Many politicians cannot follow the science on Covid-19 and some do not understand basic scientific concepts or how science works. Climate change denial is also common, and scientists are openly distrusted, abused and undermined by those who should know better.

Frustration with the current education provision has grown quickly. In the UK, youth-led organisation Teach the Future has called for the government to commission a review into how the formal education system is preparing students for the climate emergency and ecological crisis. Teachers, too, are hugely supportive of change: 70% of primary and secondary teachers surveyed by YouGov agreed that the current UK curriculum needs radical change to make the education system fit for purpose. Worryingly, only 18% said that they had received adequate training to educate students on climate change.

When the national curriculum underwent a major review in 2014, the group director of assessment and research at Cambridge Assessment, Tim Oates, who was leading the effort, argued explicitly against including climate change. His argument was that the curriculum should only involve the ‘core stuff’ and that teachers could teach climate change if they so wanted. However, teachers have unsurprisingly been reluctant to teach anything beyond what is examined. Renewed calls to include climate change education and, more broadly, education about sustainability in the curriculum, are likely to increase, particularly as we approach the COP26 climate change conference in November.

One dimension of the argument for a different education about the environment is the call for a GCSE in natural history or a compulsory course in sustainability. However, we do not believe that tinkering with the curriculum is enough. Instead, we argue that radical, systemic reform is needed. Young people do not just need more or different knowledge, they need a fundamentally different educational experience. The nature and purpose of education needs to be re-envisioned to address contemporary societal challenges, and it needs to be done urgently.

Education has become a preparation for examinations rather than a preparation for life. It is difficult to see who the current examination system fully benefits. Both employers and universities are, at best, lukewarm in their enthusiasm for the specialisation that characterises education in the UK. Many students leave school with the same misconceptions they had when they started, while their interest in STEM subjects has been declining over the past five years. Those who succeed academically under the current system seem happy not to see a change in the status quo despite its obvious failings.

The gap between school science and laboratory science continues to grow. While attempts to involve students in authentic science have had some success, we need a better approach to helping students to understand the real value of science to society. One way would be through adopting an issues-based, cross-curricular approach to teaching at secondary level. Our obsession with separate subjects at the expense of interdisciplinarity has stifled education innovation for far too long.

Another part of the answer lies in interactions between students and scientists, particularly those working in the areas of health and the environment. Few young people have any sustained interactions with scientists, whereas they might study an author’s work for a term or more in English literature lessons. Pupils need to know who the scientists are in their immediate locality, their community, their region, their nation and beyond. This engagement would have to involve a certain amount of virtual activity, but it is the only way that we can expect trust in science and scientists to develop. Ideally, students and teachers would engage in long-term health and environment projects that address local issues. These engagements would be supported by local industry, science centres and universities: civic science for sustainability.

Unless we rethink what it means to be scientifically and environmentally literate within the broader social, political and economic context, then science education will continue to fail. If students emerge from 11 or more years of schooling without understanding how science works, then any claim that we are providing an effective science education is nonsense.