The Interactive Periodic Table of Elements

when it comes down to chemistry...we need to be practical and amusing!

This is a great tool!

The interactive table is here is beer any good for us?
is darker beer any better?

The extract from hop cones (Humulus lupulus) as a modulator of oxidative stress in blood platelets
at July 11, 2017 No comments:

My July column at International Aquafeed is here.
Enjoy!


Over the past weeks, there were some rather disappointing developments on climate change and related politics and politicians. US has now opted out of the Paris Agreement. The UK’s PM has failed to react strongly to that decision of the Trump’s administration making a lot of people wondering where UK’s government stands today.


Let’s have a look though why we need to bother about these developments.


One of the most urgent problems that we need to face is the one of food security; i.e. Food Security (FS) stands for the production of nutritious food that is enough to feed all people on Earth.


FS has two dimensions:
1. nutritional value of the produced food and
2. sustainable production of food.

Climate Change (CC) is a huge problem that we face as food Scientists. CC makes the food production more difficult and more expensive. Therefore, CC is a huge obstacle in our attempts to increase FS. Denial of CC is a major political and scientific non-sense! Denial of CC jeopardises FS, in other words it may put human lives at risk. This risk is related to famine, malnutrition or even death. Therefore, in our opinion, denying CC and Paris agreement is simply wrong and unhuman!


On top of these developments, the recent elections in UK have brought some further developments that are related to CC and FS. At the moment (as these lines are being written), it looks like that UK will have a Tories-DUP government with Michael Gove as Environment Minister. Theresa May’s choice of Mr Gove is rather surprising because she sacked him as Education Secretary last year. Past record of Mr Gove is not promising: his voting record reveals he has generally opted against eco-friendly measures, such as reduction in carbon emissions and financial incentives for low carbon emission electricity generation.

On the other hand, DUP’s political views on CC are rather alarming. While climate change scepticism is not official party “policy”, the DUP has previously appointed a denier as environment minister in Northern Ireland, and it counts a number of creationists (i.e. deniers of the evolution theory) among its senior members. Friends of the Earth has expressed concern that the Democratic Unionists will exercise major national influence over the government even though some of the party’s MPs are climate change sceptics. The most vociferous doubter of climate change is the DUP’s East Antrim MP, Sammy Wilson. He has described the theory of manmade climate change as a “con”.

James Orr, Friends of the Earth’s Northern Ireland director, said: “Their manifesto had hardly a positive word on the environment and nothing at all on climate change. Theresa May must not allow the DUP to further weaken her already inadequate manifesto commitments to maintain environmental protections and preserve nature”.


Both US and UK have a strong role as leading countries in promoting Science that serves the people and respect the environment. Will the current administrations in these countries show such commitment?

Postdoctoral fellowships at the University of Limerick 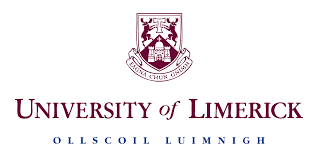 Applicants are invited to apply for postdoctoral fellowships in these areas.
at July 10, 2017 No comments:

Use of Potato Starch in Fish Diets

Tropical gar, Atractosteus tropicus, is a carnivorous fish species from Southern México with high value and acceptance in local markets. Therefore, the present study aims to spare proteins in diets for larviculture of this species...
In conclusion, dietary inclusion of potato starch at 28% S enhanced growth, survival and some digestive enzyme activities, and decreased cannibalism in the larval gar. Potato starch could replace dietary protein as a major source of energy for A. tropicus larvae, thereby reducing the cost of diets.

this is a very interesting paper in a promising field; to increase food security and sustainability in Aquaculture.


Food Security and Cardioprotection: The Polar Lipid Link
at July 07, 2017 No comments: 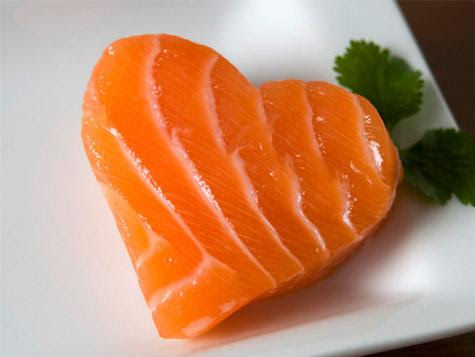 this is an interesting paper on CVDs and omega-3 fa.

the Summary of the paper follows (highlights are mine)

Several studies and reviews regarding the supplementation of omega-3 LC-PUFAs have been developed during the last years. Indeed, the evidence states that high doses omega-3 LC-PUFAs produce a small but significant decrease in blood pressure in older and hypertensive subjects. Due to the increasing interest in the benefits of LC-PUFAs, we aimed to evaluate the scientific evidence provided in the past five years (2012–2016) on the effects of the intake of omega-3 LC-PUFAs on cardiovascular risk factors such as inflammation and oxidative stress, through a systematic review in PubMed database. Twenty-eight articles were related to cardiovascular disease (CVD) and are included in this systematic review. The studies included healthy subjects and CVD patients; we included the number of subjects, type of study, type and doses of omega-3 LC-PUFAs, primary outcomes, and results. The use of omega-3 LC-PUFAs for ameliorating CVD risk factors can be recommended. However, the administration of omega-3 does not seem to show any benefit for the management of CVD or associated complications.

In this blog, we (are trying to) focus to food and nutrition.

Let's remember something that happened in Greece, 2 years ago...


What does it mean for policy to be insulated from politics? That’s the question we ultimately confront when investigating the putative depoliticisation of the economy. Matters which should be publicly resolved, through organised processes of contestation, instead get decided privately. We can cite examples of such transitions, consider whether they embody a broader tendency and offer explanations which account for this direction of travel.

However I’ve often wondered about the micro-social aspects of such a transition, specifically how policy makers make sense of this depoliticisation. Is it a naked power grab? Is it a response to the vagaries of the electorate? Is it an attempt to address issues of socio-economic change which are seen as being impossible to raise with the public?  Yanis Varoufakis offers a partial answer to these questions in his gripping accounts of Eurogroup negotiations in his political memoir Adults In The Rooms. From loc 4202


As he spoke, Schäuble directed a piercing look at Sapin. ‘Elections cannot be allowed to change economic policy,’ he began. Greece had obligations that could not be reconsidered until the Greek programme had been completed, as per the agreements between my predecessors and the troika. The fact that the Greek programme could not be completed was apparently of no concern to him. What startled me more than Wolfgang Schäuble’s belief that elections are irrelevant was his total lack of compunction in admitting to this view. His reasoning was simple: if every time one of the nineteen member states changed government the Eurogroup was forced to go back to the drawing board, then its overall economic policies would be derailed. Of course he had a point: democracy had indeed died the moment the Eurogroup acquired the authority to dictate economic policy to member states without anything resembling federal democratic sovereignty.

And our eternal Quest for A Democratic Europe is still on but so much more disheartened...

Our Polis is governed no more by the People but by the Eurogroup... a circle of not elected technocrats...

The end of Democracy...

Feta and Watermelon: it's a common summertime dish in the Med! And nutritionally, it is excellent!