He told a conference in Brazil this month that the drugs should only be considered for patients who have had a heart attack and never for a child, woman or patient over 62 years old, as there was no evidence it could benefit them.

He also said the medication did not reduce overall death rates in anyone.

Lack of an association or an inverse association between low-density-lipoprotein cholesterol and mortality in the elderly: a systematic review
on the Youtube
STATIN NATION (First 13 mins)

how to reduce the risk of developing CVDs?

the answer is rather straightforward!

Between 2002 and 2012, population-adjusted US cardiometabolic deaths per year decreased by 26.5%.

Statins and Declaration of Interests

While writing my new book, I came across the following...


Interpretation of the evidence for the efficacy and safety of statin therapy
http://www.thelancet.com/pdfs/journals/lancet/PIIS0140-6736(16)31357-5.pdf

Declaration of interests
…it has a staff policy of not taking personal payments from industry (with reimbursement sought only for the costs of travel and accommodation to attend scientific meetings).
@..@ is co-inventor of a genetic test for statin-related myopathy risk, but receives no income from it.
@..@ has received research grants from, and served as a consultant to, Merck and Pfizer.
@..@ has twice received travel and accommodation funding and honoraria from Merck.
@..@ receives compensation for serving on data monitoring committees for clinical trials (including of statins) funded by Abbvie, Actelion, Amgen, AstraZeneca, Boehringer Ingelheim, GlaxoSmithKline, Merck, Sanofi and Teva.
@..@ has received research grants for research on statins and polypill development from Bristol-Myers Squibb and BUPA.
@..@ declares that George Health Enterprises, the social enterprise arm of the George Institute, has received investment to develop combination products containing statin, aspirin, and blood-pressure-lowering drugs.

Email ThisBlogThis!Share to TwitterShare to FacebookShare to Pinterest
Labels: conflict of interest, statins

Go RED with your colleagues for Irish Heart this May

The full paper is here

My new article on Aquafeeds 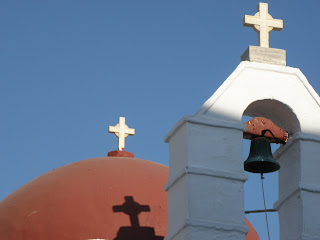 and remember...We do need books!

The debate on the value of statins gets hotter!

In the heart of the debate are papers, claims and ...patents.

In a recent paper, some interesting facts were published : a Sunday Times investigation in September 2016 uncovered that a statin advocate filed a patent in 2009 for a test that identifies a gene that makes patients more likely to suffer muscle pain with statins.

And a couple of days ago, HEART UK (The Cholesterol Charity) (the emphasis on Charity!) issued this statement concluding: “Patients should work with their doctors to find a statin regime which suits them and achieves good control of their LDL-cholesterol, which can be achieved in the vast majority of cases.”

Our opinion is this: what is the REAL benefit of taking statins as opposed to the REAL risk of developing side-effects? The answer is complicated and we try to give it with this book.

The more I read on this...the more dark stories like this one I find out.
Stories that make me really skeptical about the possible (?) under covered vested interests of the statins advocates...

Why have young people gone off milk?

The dairy-free trend has made drinking cow’s milk seem worse than smoking. Yet restricting foods from our diet damages our brains as well as our bodies


This term, my students at FT4428 "Advanced Food Chemistry" carried out a critical appraisal of the Irish Food Pyramid. Some excellent work has been produced and many congrats to all 65 students!
It is an immense satisfaction for a teacher to see his students produce scientific work of so high caliber!

The changes that the students suggest that they should be made to the Food Pyramid are as follows (group 1 is the bottom one and group 6 is the top shelf).

·         Firstly splitting this shelf in two sections, one being for high glycaemic food and one for low glycaemic food.
·         Giving and explanation on the importance of low GI foods and the negative impact on over consuming high GI foods.
·         Identifying a consumption ratio for high to low glycaemic foods. Our suggestion would be a ratio of 4 low : 1 high, glycaemic load.

·         The average life expectancy is growing for both genders in Ireland. Elderly people are more prone to falls and certain diseases e.g. Osteoporosis. Therefore, fortified milk with Vitamin D and Calcium or an increase in the number of servings should be included in the food pyramid for the elderly population.

·         The number of dairy servings should be reduced to two servings a day to combat the rising numbers of obesity in Ireland. The relevant calcium intake would not be affected due to the high servings of Vegetables.

·         Alternative dairy options should be included in the dairy shelf for individuals who suffer from allergies or lactose intolerance. For example, Almond Milk, Kefir or Greek Yoghurt.

The three changes we propose to alter the latest Food Pyramids are:
-    1. Separate beans & nuts, fish, poultry and red meat rather than encouraging their consumption in equal levels.
-    2. Have beans and nuts on a lower level on par with vegetables and include legumes and sprouts.
-    3. Move fish down lower on the pyramid to encourage its consumption and move red meat further up to discourage regular intake.