New paper from our group

Let me share some thoughts before introducing this new paper.
Over the past 15 years, we have been working on the anti-thrombotic properties of polar lipids in foods (marine, fermented dairy, plant-origin).
We have detected in vitro (published) , in vivo (published) and ex vivo (patent pending) strong activities of polar lipids against platelet aggregation and thrombosis, which are the first steps of the formation of atheromatic plaque.
Over the last few years, we have shifted this work towards the structure-function relationship of these lipids: i.e. why neutral omega-3 do not work but polar lipids work? Structural work has helped us understanding the functional properties of these polar lipids and how they are linked to specific molecular moieties.

Yesterday, our latest paper was published; it's our second paper on ovine (sheep) yoghurt and our first joint paper (many more to come) with the group of Dr Raymond Thomas in Memorial Uni, Newfoundland, Canada.

Dairy polar lipids (PL) seem to exhibit antiplatelet effects. However, it is not known what molecular species may be responsible. In this study, we confirmed using C30 reversed-phase (C30RP) ultra-high-performance liquid chromatography (UHPLC) coupled to high resolution accurate mass tandem mass spectrometry (HRAM-MS/MS) that fermentation of yoghurts from ovine milk using specific starter cultures altered the PL composition. These lipid alterations occurred concomitant with increased antithrombotic properties of the yoghurts PL fractions against platelet-activating factor (PAF) and thrombin-induced platelet aggregation. Specifically, elevation in phosphatidylethanolamine (PE), sphingomyelin (SM), phosphatidylcholine (PC) and their molecular species were observed following yoghurt fermentation. Furthermore, PC(18:0/18:1), PE(18:1/18:2), SM(d18:0/22:0) and several other molecular species were significantly inversely correlated with the inhibition of PAF and thrombin. These molecular species were abundant in the most bioactive yoghurts fermented by S. thermophilus and L. acidophilus, which suggest that fermentation by these microorganisms increases the antithrombotic properties of ovine milk PL. 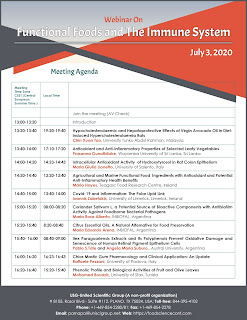 on the roots of obesity in Ireland

In 2018, three boys in St Munchins College, Limerick, they developed this project:

They screened diet and lifestyle habits in year 1 boys of St Munchins College, Limerick by using a questionnaire.  From advice from the SciFest judges in May 2018 (bronze medal in their category), they also conducted a survey on present Transition years.


A clear correlation between lifestyle choices and BMI was found. These results highlight the value of adhering to dietary guidelines of Irish Food and the Mediterranean diet Pyramids.  This study is the first of this type in Ireland and we hope that it will bring a new insight on the origins of obesity of young people in Ireland. 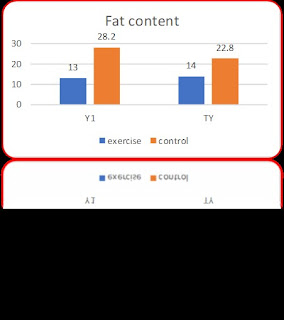 In orange, the control groups (no exercise) and in blue the groups of boys who exercise regularly. 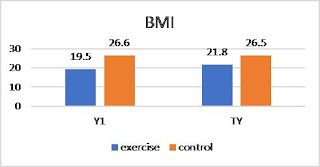 In orange the control groups and in blue the boys who exercise regularly. Clear differences were observed between the control and exercise groups.


"Our volunteers from our first year group have low consumption of fruits and vegetables (61% consume < 2 portions of fruit per day whereas 50% consume <2 portions of vegetable per day). The monitoring of their body fat and BMI was conducted using a Tanita body analyser in the University of Limerick and we found that the boys who exercise regularly have a mean BMI of 21.8 whereas the boys who exercise less  have an average BMI of  26.5 (overweight region).


This is solid proof that exercise lowers BMI.


A clear correlation between lifestyle choices and BMI was found. These results highlight the value of adhering to dietary guidelines of Irish Food and the Mediterranean diet Pyramids.


We suggest: 1)  the vending machines in schools to offer healthy options(e.g  fruit bars and fruits /protein bars) and 2) to create a newsletter, promoting Mediterranean Diet and exercise, to be circulated in our school "

[The lads were Dublin Finalists in January 2019, BTYS and they presented their project in UL, in May 2019]

"Health inequalities resulting from social class have
been labelled as one of the main drivers of the obesity epidemic(
35). Prevalence of overweight and obesity in children
in Ireland was starkly different based on social class in
2019. Levels rose steadily from 13 % in children from the
highest social class group to 25 % in those from the lowest,
with a comparable pattern observed for abdominal
overweight/obesity. Similarly, it has been reported that a
higher proportion of children attending disadvantaged
schools had overweight/obesity compared with those
attending non-disadvantaged schools(36). Furthermore,
inequalities in overweight/obesity prevalence have also
been described in American and British children(37,38).
These findings highlight the continued widening gap in
overweight and obesity levels based on social class in
children, with those from a lower social class being more
predisposed to this disease.
In comparison with overweight and obesity, children
with morbid obesity are three times more likely to experience
immediate health issues such as worsened cardiometabolic
risk profiles, high blood pressure, and suffer from
depression and anxiety(39–42). In 2019, 1·2 % of children
had morbid obesity, with a slightly higher level of morbid
obesity observed in boys at 1·7 % than girls at 0·7 %.
Moreover, a higher prevalence was observed in children
from a low socio-economic background. A similar level
of morbid obesity was found in the COSI at 1·5 % in
2012/2015 with higher rates occurring in children attending
disadvantaged schools(43). Across Europe, a recent assessment
of the prevalence of morbid obesity found that of
the children who had obesity, at least one in four had
morbid obesity, with the highest rates observed in
Southern Europe(44)."

Points arising:
1. how do schools tackle the problem of adolescent obesity? Are they any "healthy eating" initiatives in place? Newsletter? Quality of food provided in canteens?
2. how do councils approach the societal gaps in relation to nutrition and obesity?
3. does the Irish Food Pyramid need updating? We believe it does.
But how do the competent authorities approach this problem?

Special Issue "From Farm to Fork: Balancing the Needs for Sustainable Food Production and Food for Health Promotion"

Special Issue "From Farm to Fork: Balancing the Needs for Sustainable Food Production and Food for Health Promotion"

The current and future sustainability of humanity is intrinsically linked to the environmental and biophysical conditions on our planet. There is a widespread belief that these conditions are greatly compromised by anthropogenic activity and that, unless action is taken, irreversible change will be unavoidable. Alongside these challenges is a growing human population and the need for sufficient and nutritional food. Although recent international initiatives such as the 2030 Agenda for Sustainable Development and associated 17 Sustainable Development Goals recognize these challenges significant information gaps remain. In particular, there is an ever-growing need to balance the interdependencies and conflicts between economic, social and environmental systems so that sustainability across local and global scales and overall food security can be realized.

This special issue will address these issues and seeks contributions from colleagues interested in sustainable food production from economic, social and environmental perspectives as well as health promotion. Contributions which address synergies and conflicts between these issues are especially welcome. This special issue aims to publish high quality research papers and reviews that will be of interest to scientists, policy makers, educators and stakeholders across the full spectrum of farm to fork for sustainable food production and health promotion.

here is the latest etiology against n-3.

This is the most extensive systematic assessment of effects of omega‐3 fats on cardiovascular health to date. Moderate‐ and low‐certainty evidence suggests that increasing LCn3 slightly reduces risk of coronary heart disease mortality and events, and reduces serum triglycerides (evidence mainly from supplement trials). Increasing ALA slightly reduces risk of cardiovascular events and arrhythmia.
at June 12, 2020 No comments: