How to multiply time?

Everything you know about time-management is wrong. In this challenging and counter-intuitive video, Self-Discipline Strategist and New York Times bestselling author of Rory Vaden, shows you why you can't solve today's time-management challenges with yesterday's time-management strategies. More importantly he explains why procrastinating on purpose is the key to being able to Multiply your time. Self-Discipline Strategist Rory Vaden’s book Take the Stairs is a #1 Wall St Journal and #2 New York Times bestseller. Rory is also Co-Founder of Southwestern Consulting™, an 8-figure global consulting practice. His new book Procrastinate On Purpose: 5 Permissions to Multiply Your Time came out in January of 2015 and was an instant National Bestseller. Free insights at http://www.roryvadenblog.com . This talk was given at a TEDx event using the TED conference format but independently organized by a local community. Learn more at http://ted.com/tedx
at August 31, 2021 1 comment:

new paper from our group: Anti-Platelet Properties of Apple Must/Skin Yeasts and of Their Fermented Apple Cider Products 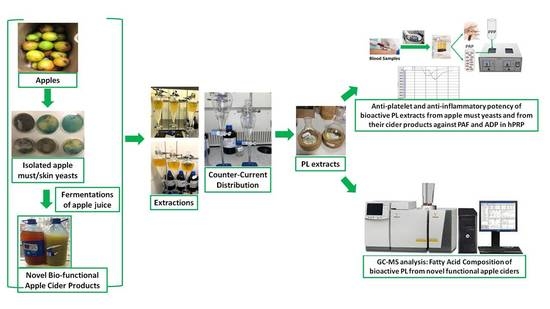 Alcoholic beverages like apple cider are considered functional beverages with several health benefits, when consumed in moderation, which are mainly attributed to their microbiota and the plethora of their bioactive compounds. Among them, bio-functional polar lipids (PL) have recently been found in apple cider, which despite low quantities, have exhibited strong anti-inflammatory and anti-platelet properties, while fermentation seems to affect the functionality of apple cider’s PL bioactives. The aim of the present study was to elaborate yeast strains isolated from the complex mixtures of apple surface and must yeasts for evaluating their effects on the anti-platelet functional properties of PL bioactives from their final fermented apple cider products. First, bio-functional PL were extracted and separated from the biomass of the different isolated apple surface/must yeast strains, and were further assessed for their anti-platelet potency against human platelet aggregation induced by the potent inflammatory and thrombotic mediator platelet-activating factor (PAF), or by a classic platelet agonist like adenosine diphopshate (ADP). Novel functional apple ciders were then produced from the fermentation of apple juice by elaborating the most bioactive and resilient yeast strains isolated from the apple must with optimum fermentation properties. PL bioactives extracted from these novel apple cider products were also further assessed for their anti-platelet properties against both the PAF and ADP pathways of human platelet aggregation. These novel cider products were found to contain PL bioactives with lower IC50 values (~40 μg) and thus increased anti-platelet potency against platelet aggregation induced by PAF and ADP. GC-MS analysis of the PL bioactives extracted from these novel apple ciders showed that apple cider PL bioactives are rich in monounsaturated fatty acids (MUFA) and polyunsaturated fatty acids (PUFA), such as the omega-6 linoleic acid (LA) and the omega-3 alpha linolenic acid (ALA), with favorably lower levels for their omega-6/omega-3 PUFA ratio, which further support the observed strong anti-platelet properties putative anti-inflammatory potency for the apple cider PL bioactives. However, further studies are needed in order to elucidate and fully characterize the apple yeast strains that can be utilized for increasing the anti-inflammatory, anti-platelet and cardioprotective functional properties of their fermented apple cider products. View Full-Text
at August 25, 2021 No comments:

The British Nutrition Foundation (BNF) has published a report highlighting the plant-based nature of vegan diets could reduce intake of essential nutrients such as iron, zinc, iodine and vitamin B12.

MegaNatural®-BP grape seed extract and maintenance of normal blood pressure: evaluation of a health claim pursuant to Article 13(5) of Regulation (EC) No 1924/2006

Following an application from Praline i Čokolada j.d.o.o. submitted for authorisation of a health claim pursuant to Article 13(5) of Regulation (EC) No 1924/2006 via the Competent Authority of Croatia, the EFSA Panel on Nutrition, Novel Foods and Food Allergens (NDA) was asked to deliver an opinion on the scientific substantiation of a health claim related to MegaNatural®-BP grape seed extract and maintenance of normal blood pressure. The scope of the application was proposed to fall under a health claim based on newly developed scientific evidence. MegaNatural®-BP, a grape seed extract standardised for total phenolics, gallic acid and the catechin and epicatechin content, is sufficiently characterised. The proposed claimed effect, maintenance of normal blood pressure (BP), is a beneficial physiological effect. Among the two human intervention studies provided from which conclusions could be drawn, one showed an effect of MegaNatural®-BP (300 mg/day) on BP in adults with normal and high normal BP when consumed daily for 6 weeks, whereas the second study did not show an effect of MegaNatural®-BP at the same daily dose consumed for 8 weeks in adults with normal and high normal blood pressure or stage 1 hypertension. The evidence provided did not establish a plausible mechanism by which the food could exert the claimed effect in vivo in humans. The evidence provided is insufficient to establish a cause and effect relationship between the consumption of MegaNatural®-BP and maintenance of normal blood pressure.

Impact of Mediterranean Diet on Chronic Non-Communicable Diseases and Longevity 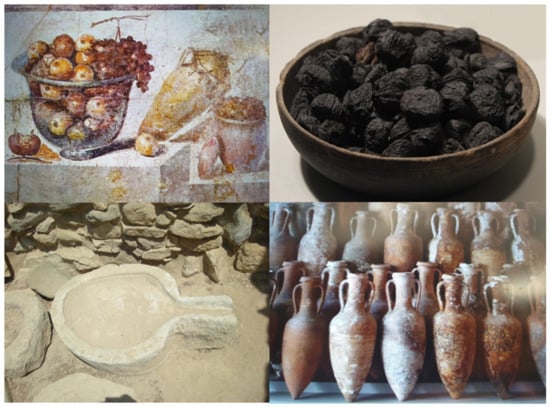 The average life expectancy of the world population has increased remarkably in the past 150 years and it is still increasing. A long life is a dream of humans since the beginning of time but also a dream is to live it in good physical and mental condition. Nutrition research has focused on recent decades more on food combination patterns than on individual foods/nutrients due to the possible synergistic/antagonistic effects of the components in a dietary model. Various dietary patterns have been associated with health benefits, but the largest body of evidence in the literature is attributable to the traditional dietary habits and lifestyle followed by populations from the Mediterranean region. After the Seven Countries Study, many prospective observational studies and trials in diverse populations reinforced the beneficial effects associated with a higher adherence to the Mediterranean diet in reference to the prevention/management of age-associated non-communicable diseases, such as cardiovascular and metabolic diseases, neurodegenerative diseases, cancer, depression, respiratory diseases, and fragility fractures. In addition, the Mediterranean diet is ecologically sustainable. Therefore, this immaterial world heritage constitutes a healthy way of eating and living respecting the environment.

you can find the full paper here.

New book from our team 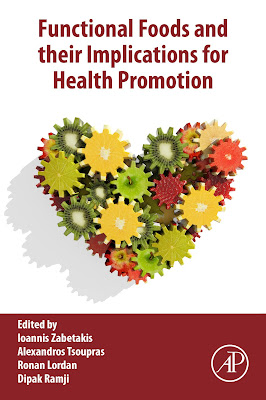 In early 2022, our new book on functional foods will be published by Elsevier.

In this book, a strong group of colleagues and our team, we are writing about functional foods (of plant, animal and marine origin) and their implications for health promotion.

We cover these topics: