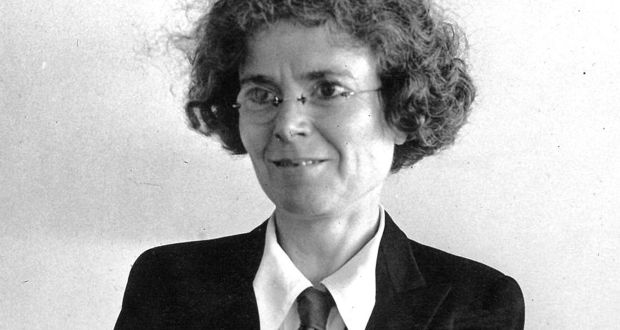 Kathleen Lonsdale, X-ray crystallographer, pacifist and prison reformer, was an outstanding scientist who had a number of firsts for female scientists to her name, including being one of the first two women elected a Fellow of the Royal Society, first female tenured professor at University College London (UCL), first woman president of the International Union of Crystallography and first woman president of the British Association for the Advancement of Science. She died 50 years ago on April 1st.

She was the youngest of 10 children of Henry Yardley, an English-born former soldier, and Jessie Cameron of Scottish descent, and was born on January 28th, 1903, in Newbridge, Co Kildare, where her father was postmaster. The marriage was an unhappy one; money was scarce, the father had a problem with alcohol and four of the children died. Her mother took the remaining children to Essex in England in 1908.

Kathleen attended the local elementary school and won a scholarship to the county high-school for girls at Ilford. She also took classes in physics, chemistry and higher mathematics at Ilford boys’ school as those subjects weren’t available at her own school.

Having excelled at school, at 16 she went to Bedford College for Women (part of the University of London), where she studied maths for a year before moving on to physics; she was concerned that the only career open to women maths graduates was teaching, which she didn’t wish to do. In 1922, she achieved the highest grades seen in the university’s BSc exams in 10 years, which led to Nobel physicist Prof William Bragg offering her a research position at UCL, the only woman on a team of international researchers.

She worked on X-ray diffraction of crystals of organic compounds and with fellow students published comprehensive tables for determining crystal structure. She was awarded an MSc in 1924 and PhD in 1927. That year she married Thomas Lonsdale, an engineering research student at UCL; they moved to Leeds where he got a research position. Unusually for the time, he encouraged her to continue her scientific career rather than taking up a traditional domestic role and she became a part-time demonstrator at Leeds University chemistry department.

She had a major achievement in 1929, when she showed conclusively that the benzene ring was flat, a subject that scientists had been debating for 60 years. By 1931, she had two children and worked from home for a period until William Bragg persuaded her to return to research at the Royal Institution; part of the arrangement included the provision of childcare. In 1945, she became one of the first two women (along with biochemist Marjory Stephenson) to be elected Fellow of the Royal Society, and the following year was appointed reader in crystallography at UCL; three years later she became the first woman professor at the university. She continued her pioneering work on the X-ray analysis of crystals and in 1968 became the first female president of the British Association for the Advancement of Science.

She was raised a Baptist but she and her husband became Quakers, identifying closely with that movement’s absolute opposition to war. She conscientiously objected to registering for civil-defence service during the second World War, refused to pay a fine on principle and was sentenced to a month in Holloway Prison. As a result of her experiences there, she was an ardent prison reformer for the rest of her life.

A dedicated pacifist, she grew increasingly worried about the role science was being asked to play in military developments and helped to found the Atomic Scientists’ Association. She further helped to establish the Pugwash Movement, which worked towards ending armed conflict, and was a member of the Quaker East-West Committee. She published extensively on pacifism, her most notable book being Is Peace Possible? (1957).

She showed her humorous side when in 1966 a rare form of hexagonal diamond was named “lonsdaleite” in her honour, remarking: “It makes me feel both proud and rather humble . . . The name seems appropriate since the mineral only occurs in very small quantities . . . and is generally rather mixed up!” She retired in 1968 and died from bone-marrow cancer in 1971.

Kathleen Lonsdale greatly encouraged young people, especially young women, to consider careers in science, speaking extensively in schools and writing articles on changes society needed to make to enable women to live both professional and domestic lives successfully. She is commemorated in a number of ways. Here in Ireland, there is a plaque marking her birthplace in Newbridge, the University of Limerick Aeronautical and Environmental Building bears her name, and NUI Maynooth awards a student prize named after her.