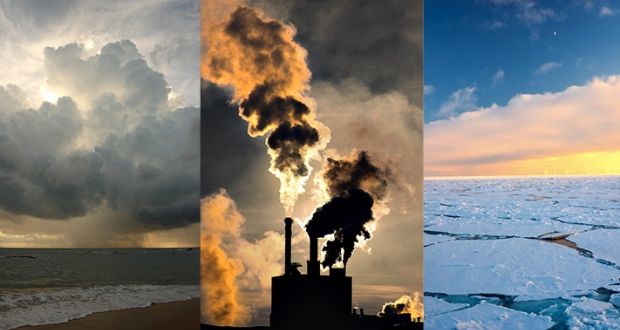 If one teenager in Sweden could inspire a global movement to strike and march, surely teenagers could do more than just draw attention to this issue. Maybe they could help solve it?

Half way from coal, half way to diamond. That’s how I would describe the current state of the climate change debate.

I don’t doubt the sincerity of the leaders gathered in Glasgow for the Cop26 event. Yet despite scientific and political consensus that calamity is certain without action, the vast majority are beholden to electoral cycles and thus incentivised to make promises tied to goals in the distant future.

I believe this approach will fail, and by the end of this decade we will have to look to a new generation of leaders with a more forceful and urgent approach. My strong conviction is that the leaders who will solve this issue are sitting in classrooms around the world today.

Reading entries of the recent Irish Times children’s climate writing competition strengthened my belief that these children will have to grasp the nettle in coming years when the current crop of leaders are shown to have lacked sufficient courage and urgency to address the task at hand.

But we need more than writing competitions to prepare this generation for the tough decisions they will have to make. We need global movements to educate, inspire, mentor and empower these young future leaders.

I happen to be part of one such movement, with teenage students in 76 countries and counting, competing to find the best environmental sustainability solutions.

I believe this is how future leaders will be forged with a solution-based mindset amid the background noise of lofty goals lacking clear delivery plans and enforcement mechanisms streaming from Glasgow.

Let me take a moment to explain how my journey started on this path, and the movement called The Earth Prize came about. Normally fate doesn’t come knocking at the window. In my case, it wasn’t so much a knocking sound as a cacophony of noise. Sitting in an office in Geneva, you don’t expect to be drawn to stare outside to see what the commotion is.

I was dumbfounded to see hundreds then thousands of kids marching by on the street below. The march was one of numerous school strikes across the globe inspired by Greta Thunberg, the teenage Swedish environmental activist.

That was September 2019, and the experience gnawed away at me until one day during the Covid lockdown of early 2020 when I decided to do something about it.

My thoughts over that interval were on how best to harness and leverage the frustration and passion seen in those teenagers. If one teenager in Sweden could inspire a global movement to strike and march, surely teenagers could do more than just draw attention to this issue. Maybe they could help solve it?

Suddenly it made sense why the school strikes had gone viral; students were frustrated and understandably so

That’s when I decided to set up a global competition for teenage students to find fresh ideas and solutions to environmental problems. Conversations with teachers and students emphasised the frustrations many had with the lack of sustainability on the syllabus.

Suddenly it made sense why the school strikes had gone viral; students were frustrated and understandably so. I decided we needed to educate them on the key sustainability concepts.

Ideas need a spark, so my team and I decided we also had to inspire. We looked around the globe for young change-makers, people and organisations who were solving environmental problems today in the real world.

We found many amazing change-makers, and are showcasing them on our learning platform so students can learn from their journeys, and the obstacles they had to overcome.

Education and inspiration can create a foundation and a spark, but teenagers also need to be mentored. Students from top universities across the world were interviewed and a pool of 30 were selected.

These passionate mentors are volunteering to help every teacher and student in the competition by sharing their knowledge and experience. It was incredibly gratifying to see a mentor answer the first question from a teacher in Nigeria. a global community had sprung into action.

Since registration for The Earth Prize opened on September 1st last, teams from schools in over 76 countries have signed up to compete. From Afghanistan to Zimbabwe, from schools in Middle East refugee camps to my own alma mater, Naas CBS in Co Kildare.

Tomorrow’s leaders, who will have to make the tough decisions we are currently shirking, need to go beyond marching and writing essays. They need to start forming a solution-focused mindset.

They need to prepare for their roles as leaders who will solve the climate crisis. I hope many more Irish schools and teenage students will join our movement.